I am very excited to announce that I have completed "BRAIN CANDY, a weird little art book by Lydia Burris"

This book consists of 12 images that are an expression of my brain exploding in book form.
I've combined sketches and photos and drawings and misc. art and words digitally to create one crazy little art book. the 12 images included the front and back cover - 13 images if you count the opening info page, which is also a bit crazy.

Ths weekend I will be selling them at origins.
At some point, I'll do another print run - second edition.
EACH ONE comes with an ORIGINAL doodle on the back page. 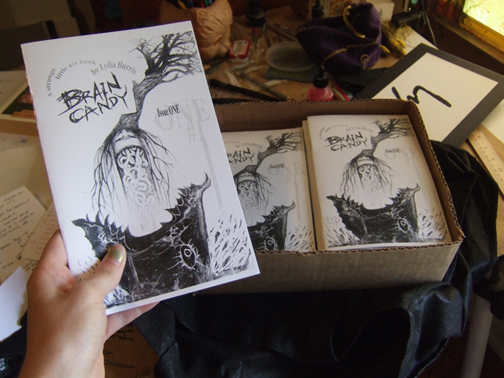 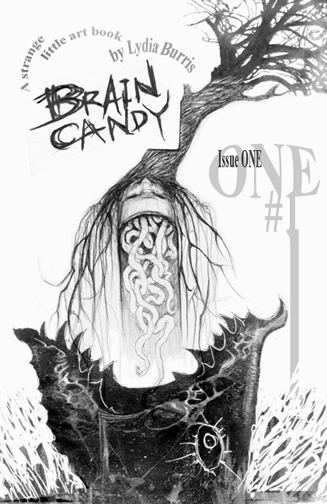 Posted by Lydia Burris at 3:06 PM No comments:

THE WAZOO OF DESTINY!

Greetings online journal and those watching.
I have not been posting of my mediocre midwest adventures as of late because I have been feeling less chatty. Even my sketchbook wasn't receiving my daily doses of brain-word-splatter as I sometimes go through periods of non-journaling. I find it pointless at times to rattle off personal chatterings to myself or ohers. But perhaps it is time for a small update with a recap of me lately.

First of all, lets start with the small stuff and the now stuff.
I am just getting over a nasty dual layer skin peeling reptilian-looking sunburn on my shoulders. Its fascinating. Now that the pain is gone. ¬¬
Thats what I get for signing up for a small outdoor artfair and not bringing a canopy. And even though I didn't make my $ back, I got to bond with other awesome artists and listen to some cool music.

Speaking of art events, this summer is shaping up to be crazy busy. I will be attending several events and conventions. Just as I begin to wonder if I signed up for too much, I remember that I'm trying to make a career out of this art thing, and that this is probably what I'm supposed to be doing - and I still work less than regular jobbed people.

FWEW!!!
Other than that, modeling and teaching have kept me afloat.

What else?
I'm working on a comic, a stop motion animation, a little booklet of sketches to print and sell at conventions, Various experiments in the studio involving abstraction, plaster, pour on polymer stuff, acrylic medium, tissue paper, drawing, snake skin, etc.

- A few days ago, I took a long walk to draw things and people by the canal and on a whim, I went to see where a friend works - he graciously showed me a Scanning Electron Microscope, and other things in his science tech world. (Thanks Cliff!!)
- Yesterday I sat in a coffee shop and drew the building next to it so I can get in some architecture practice.

And I still call myself LAZY? yeah.

Also, I am now proud to say that I am an official business. Lydia Burris LLC.
:)

I think thats about all.
Here are some visuals from my recent sketches out in the open world. 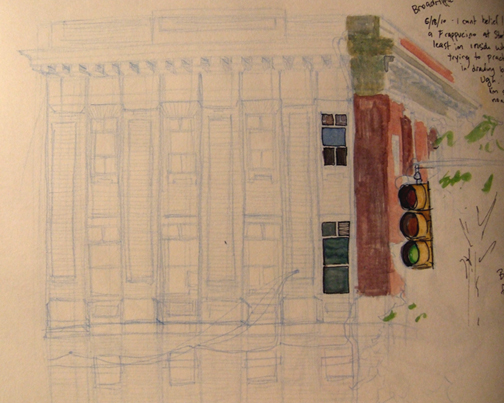 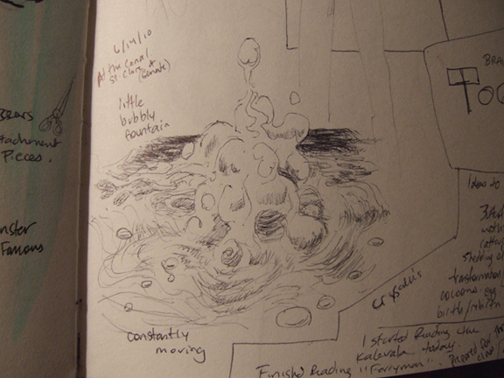 some people by the canal