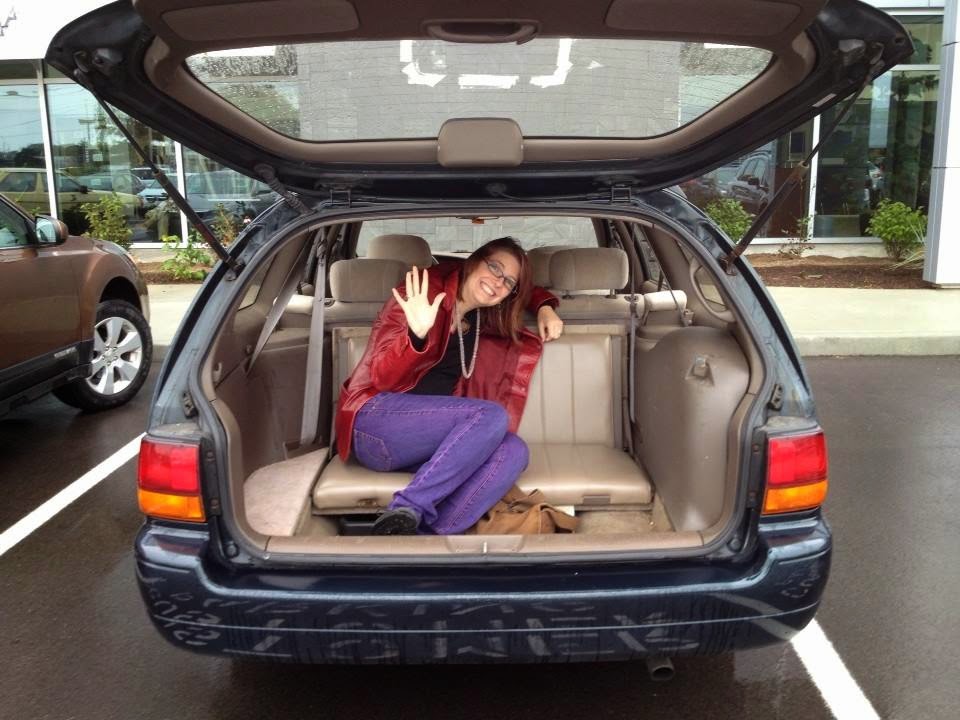 Oh my, how to begin!
Well, I said goodbye to my 95 Toyota Camry Wagon today.
It was a beautiful large green bean of a car, a magical fat long little bullet of a car,
a car who for 11 years had no real 'car' name or gender, but was the ambiguous hero of my adventures. I finally ~sorta~ settled on the name of 'Mac' and I imagined the car as an older and crass woman who didn't give a shit what she looked like or if people sometimes mistook her for a guy.
This car had 2 extra hidden seats in the back, making it legal for 7 passangers. I felt like a secret agent with such a cool hidden feature! I RARELY used those extra seats but they were there, making me proud.

'Mac' was my first car. I got her near the end of my college years, and she stayed to protect and adventure with my family while I was in England for a year. During my time with the Camry wagon, we traveled all over the midwest selling my wares at conventions and hauling my paintings to art shows. I was not the kindest owner. I'd forget to fill the fluids regularly, the oil changes were less frequent than recommended, and... she could have been cleaned a lot more often. She'd give me new quirks and I took them in stride, proud that we could both come to an understanding. By the end of her ride, she was held together by love and zip-ties.
She never 'died', but she grew tired. After several repairs this past month, my mechanic found that the head gasket was probably going to go soon and I should start looking for a new vehicle.

I sat in my car and we had a brain conversation. She was exhausted, and I didn't have to feel guilty about giving her up. She was ready to pass on the torch to a newer, younger adventurer.
So we started looking and and together we found a White Honda CRV who seems ready and willing to be my travel beast. I laughed Maniacally when I discovered that my newer car has a great retro feature - it has a TAPE DECK! ^__^

Lets see where this next road takes us!! 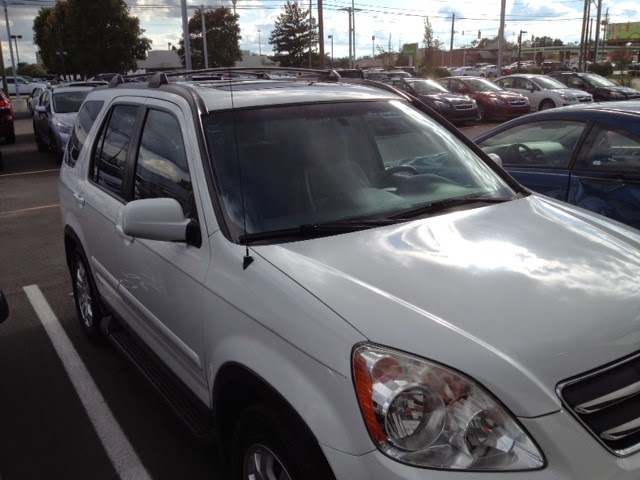