The sun ate my face today, but let me share some art with you.

Lets start with the most recent and work our way back!
Last night I saw "Dismantled" - Industrial band signed by Metropolis -
I was very inspired by their show, - good thing I had my sketchbook with me!
When the show ended, I did some doodling in the bar while the DJ played more industrial.
These 2 images aren't directly related to the band, but rather inspired by the band, and a live industrial setting. 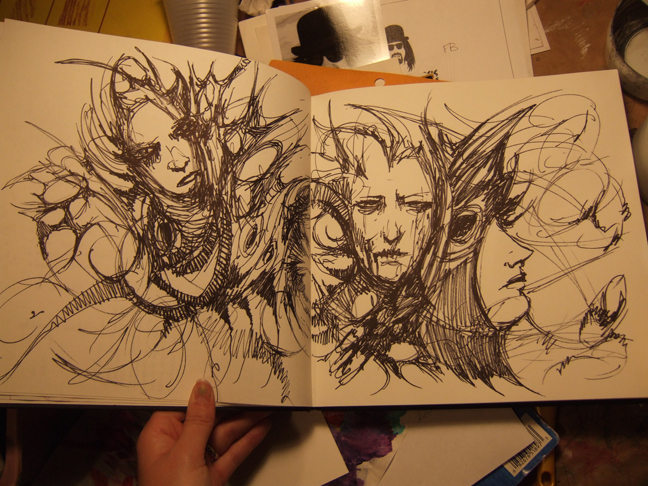 Both images are black sharpie, the second one was a gift for one of the members, who saw
the first pieces and kindly demanded that I do something for him. *grin* Amused, I complied.

And now for some drawings done at FRIGHT NIGHT FILM FESTIVAL! (Louisville, KY)
Great show by the way, thanks to those who stopped by! 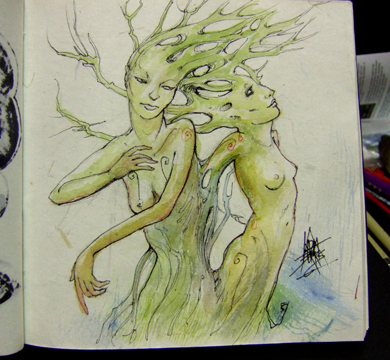 My favorite first!! A commission to put one of my 'women' related pieces in someone's sketchbook. 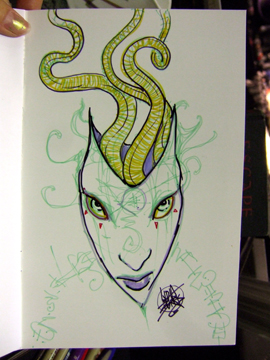 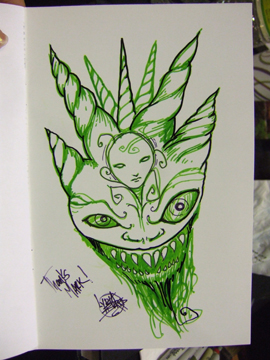 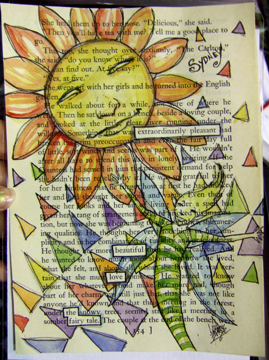 Book page commission for my booth neighbor's child.
____________
Inspirations as of late:
MURCURY MEN!!
The INVASION has begun!
Really awesome SyFy short series featuring my friend Mark Tierno, about 6 minutes each. 3 episodes so far, I highly recommend it!
Check it out here!