After finishing a narrative page (yay!) I puttered around on a larger painting I've been working on. Its been in hiatus since most of my larger works are done in the basement, but its too cold down there for now. (maybe I need to get an oil radiator heater thing)
Anyway, I'm not done so I don't want to share yet but I did waste some time (hour+) experimenting in photoshop by gridding off the image and rearranging it. Interesting results. 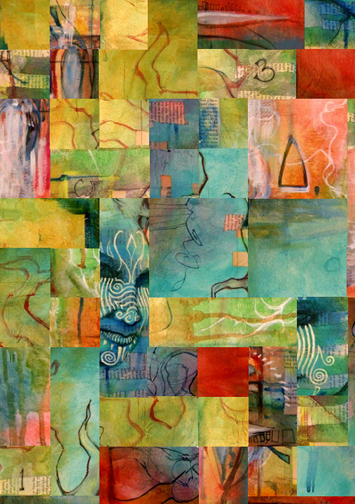 Today I avoided art because I'm feeling very impatient with my drawings and sketches, and generally BLAH. but I still wanted to work on SOMETHING. So I dragged my clay from downstairs and set up an area on the living room floor so I could pound clay and watch The Mentalist with Dave. 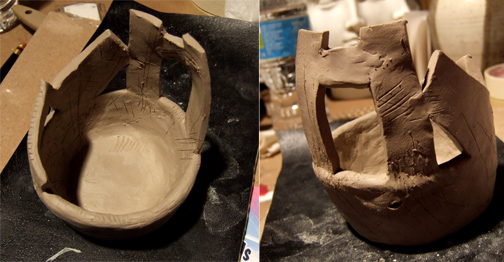 I'm not sure WHAT I made, but it was therapeutic.
---
I also took some fun photos of ice while trying to release my car- and caught a great mid-karate-chop image! 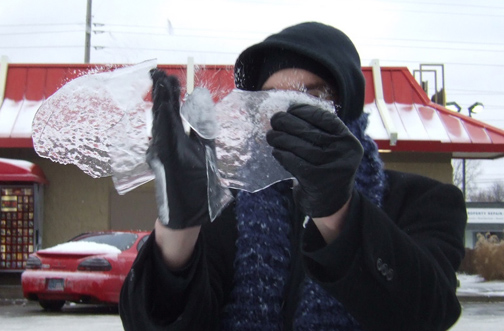