I've decided to stop counting days as I've lost track, and my posts will probably be less frequent - depends on the amount of rambling and sharing of my latest creative brain explosions I wish to do.

I've done some fun stuff in my sketchbook this week. So first, the
ART
(btw, I sometimes put my fingers in the scanner for fun) 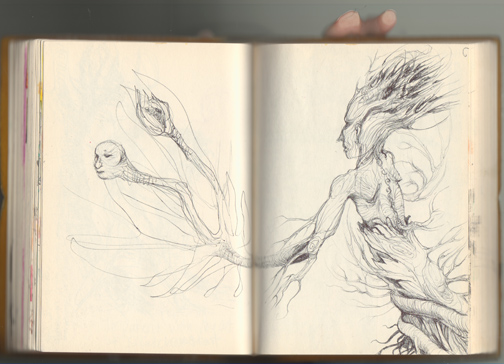 Growth, and reaching out... 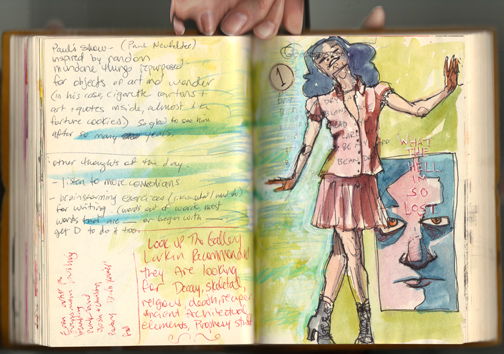 Confusion "What the hell I'm so Lost" 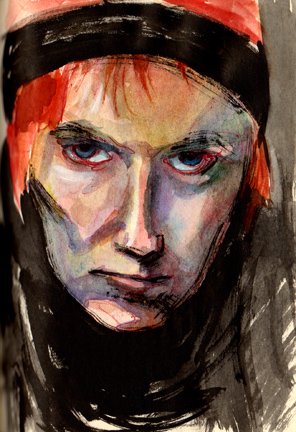 Self Portrait - watercolor and sumi ink 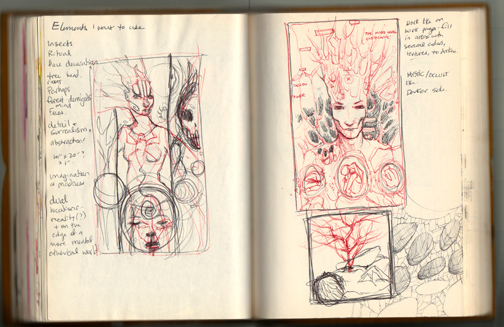 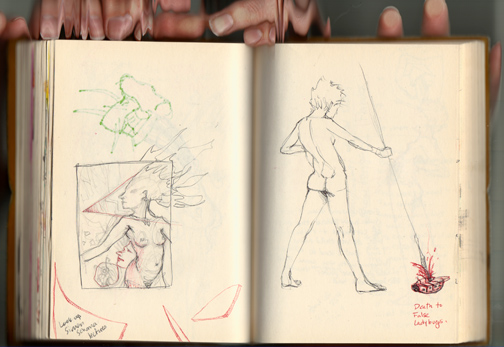 More ideas and testing body poses from imagination... and death to fase ladybugs. 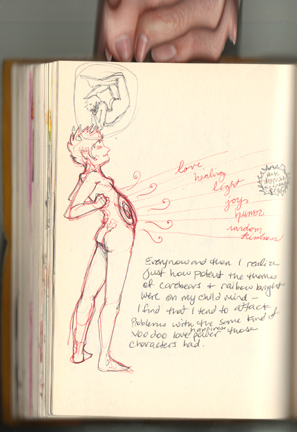 Carebear Stare. "Ever now and then I realize just how potent the themes of carebears and rainbow bright were on my child mind - I find that I tend to attack problems with the same kind of voodoo love happiness power those carebears had."
I drew this because I am thinking of my mother who has been ill with pneumonia related issues since March 2010. Things have gone up and down and up and down again, and all I want to do is point magic healing powers at her to make things better again. Its been a tough week. All I can do is hope and show support and love right now. I haven't been extremely public about it, but its not a secret either.
Posted by Lydia Burris at 8:07 PM