After getting distracted by things like eating and rest, I finally got around to the true needs of the day = ART! 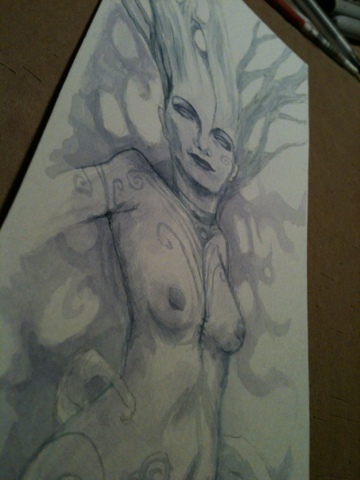 This little lady is a work in progress.
Debating on whether to keep her monotone or add in the chromatics.
10" high. Watercolor. Full image will be posted another time.

Other news: Talks with a gallery in B-town that sound promising. This brings even more inspiration for new works.

And lastly, Ive finally found a way to be happy with framed works on paper.
Newest example 'Lepidoptera Dreams' (also 10" high, not including frame height)
Keeping my eyes open for mostly small long wooden frames I can paint. 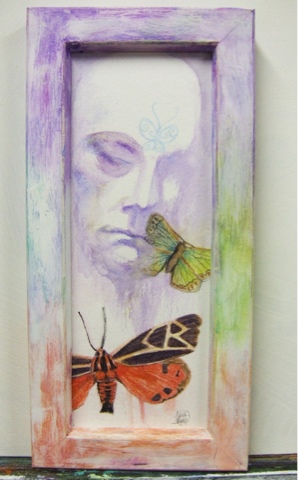 New pad of thicker better art paper discovered at Pygmalions in Bloomington. (fave art store, if only for the cozy homey atmosphere and cats) 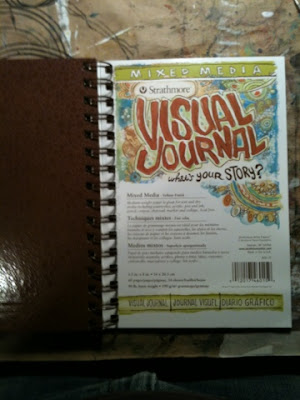 'strathmore visual journal' for mixed media. Even outshines the aquabee super deluxe paper, which used to be perfect until they thinned the pages about 5/6 years ago.

Ive made my first 5x7 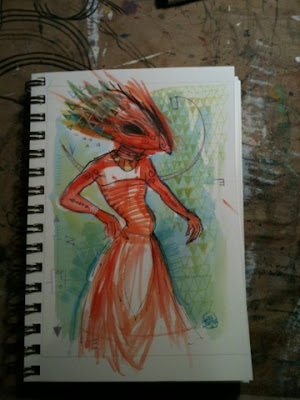 and yes I will be cutting the pages put and making them available. I am still only using my precious seawhite of brighton sketchbooks for actual daily personal journaling/recording/brainstorming.

Posted by Lydia Burris at 12:38 AM No comments: 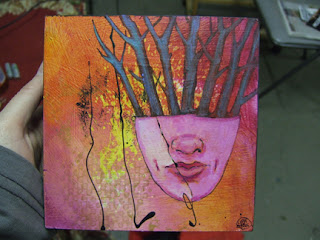 This is what I finished today.

I also worked on some super-secret 5" x 7" pieces, finished the cover for a Werewolf Novel,
and wasted some time looking at the forums on the newly released Diablo III game release. I don't have the time or $ for it now but I needed ... NEEDED to make sure that even though you must be signed in online on their server to play (dumb) that they still have a single player option. YES.
Not great time usage for the studio, but we do falter at times.
Earlier I bought some used frames to manipulate and use for art.

---
Inspired by Giger today. I spent some time this afternoon sitting on our NEW COUCH (! <3) and looking at books. I am inspired by his own drive, and the copious amounts of large paper that he drew on DAILY.
---
I also found out that I've got a booth number for Philadelphia Comic Con. I am also on the website.
However I did not sign up for this con, so if you are one of the 2 people that read this thing (Myself and D?), now you know.

OK. Falling asleep at the keyboard time to go!
Posted by Lydia Burris at 2:43 AM No comments:

Greetings Internet. Changed the name of this blog back to something 'self drive' related. Believe it or not, the title and will to post here because of the title actually makes me do more art. Huh. Interesting.
____ 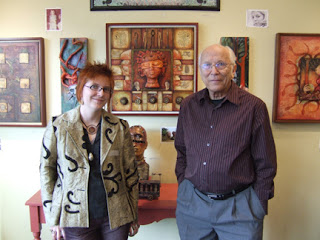 This past Saturday was a mother/daughter show at the Renaissance Fine Art and Design Gallery. Even though my mother has passed on, it was the perfect place to keep her art alive! The owner has the best eye for art I've seen in a gallery yet - and she refuses to follow expected 'norms' for galleries. Her collection is Ecclectic and wild, beautiful and bizarre, traditional and non, she's not afraid to try new things. I love it!
Above is a photo of Dad and I at the show. If you want to see more, you are going to have to go see it in person! One South Range Line Road, Carmel, IN.
Here is a LINK to the facebook page.

by the way, as it was just mothers day, I decided to upload a few pictures of my mother on fb.
Here is the LINK.


A BIT OF SERENDIPITY
involving
SEAWHITE OF BRIGHTON Sketchbooks

When I went to deliver the art at the gallery, the owner was chatting with a friend who had  randomly stopped in. Just as he was leaving, he gathered his things, picked something up and his sketchbook was uncovered. It was big, black and SQUARE. I gasped and pointed 'Is that a SEAWHITE of BRIGHTON Sketchbook?!?!' - He exclaimed his confirmation that YES indeed it WAS a Seawhite of Brighton sketchbook, and how did I know about them?!

I found and became addicted to them while living in England.


We both agreed that they were the best sketchbooks in the world.
He teaches art in Chicago, but is originally from England. While he is not an official distributor, he does buy about 12-15 at a time, and sells them to his students.


I was overjoyed to have met the man and I hope to see him again! Also, now I know who to contact for my sketchbook fix. *grin!*
I have 2 more empty books on my shelf, thanks to my friend Erich who found and bought 3 of them while he was visiting France. It might be a few years before I need another one, but who knows! 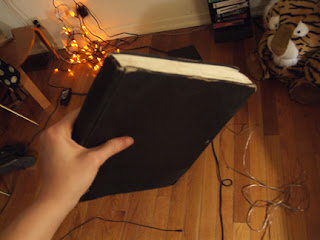 This is my current Seawhite of Brighton book. Its a bit roughed up because when I went to see "The Devils Carnival" in Chicago, I had to fight through rain and hail before getting into the theatre... and I had the book with me. (as I always do). I don't mind - it adds character (my common excuse for everything) and guess what... its not ruined. :)

______
ONTO THE ART
_______
Speaking of the DEVILS CARNIVAL, (AWESOME AWESOME SHOW by the way!!!)
GO SEE THE TRAILER! ~ LINK ~
While attending, I did a few drawings for the attending creators and those involved. A little gift giving as a trade for bringing wonderful bizarre cinema to the public. 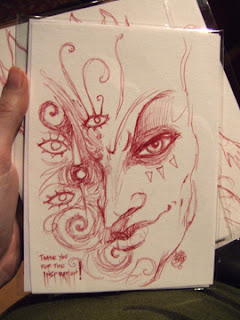 This is one of 4 drawings I made... while waiting in line to shake hands and get autographs and meet and greet. I've already done a bit of meeting and greeting of Terrance Zdunich while at conventions, but this time I also had the pleasure to meet Emilie Autumn, Darren Lynn Bousman, and finally a proper meeting of Spooky Dan who has been traveling with them on road shows since Repo.

These pieces of paper were the ONLY DRY things I had on me, as I had them in a protective sleeve. Hurrah!


So.
Currently working on a book cover but I don't want to give it away. Here is just a tiny sneak peek.

I also ordered some 5" x 7" boards to paint on.
I plan on spending some quality time making some kick-butt small works of art, and I'll share more info down the line! I played with a few of them today. Color, texture, and character experiments.

Also, something to help with inspiration in the studio:
A WURLITZER. Given to me by a Juggler, found out about it from a clown. <3 Thanks Krembo and Rash... of the BLUE MONKEY SIDESHOW. (go watch a VIDEO :) ) 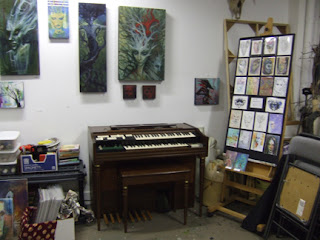 *FWEW*
That update was long overdue.
Posted by Lydia Burris at 2:38 AM No comments: